You are here
Home
>
Case Study
>
LDLR rats for atherosclerosis

Tips for Choosing the Optimal Preclinical Model: Focus on Atherosclerosis and LDLR

Cardiovascular diseases (CVDs) are the leading cause of morbidity and mortality worldwide.1 The majority of CVDs result from atherosclerosis, a chronic disease where the flow of oxygen-rich blood to organs is strongly limited by the formation and accumulation of fibrofatty lesions in the artery wall. This can ultimately lead to myocardial infarctions, strokes, and disabling peripheral artery diseases.2 Several experimental and epidemiological evidences have shown that disturbances in lipoprotein metabolism play a crucial role in atherosclerosis: for example, low-density lipoprotein (LDL) increases the risks of atherosclerosis and coronary heart disease, while high-density lipoprotein (HDL) acts the opposite way.3–6 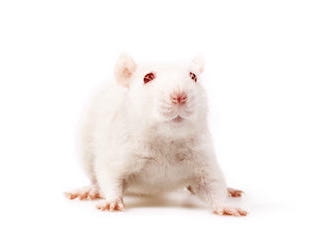 With the advances in genetic engineering, mice and rats have now become the chosen model species to investigate atherosclerosis, but they still present limiting characteristics. Indeed, while rodents transport most of their cholesterol in HDL particles, humans move cholesterol in LDLs.7 Consequently, mice and rats overall have massively lower cholesterol levels, do not develop atherosclerosis, and require genetic, dietary and/or mechanical modifications to be used as disease models.8

One example of genetic modification used as a disease model in atherosclerosis studies is the mutation of the LDL receptor (LDLR). This transmembrane glycoprotein mediates the clearance of circulating LDLs, and is involved in controlling the amount of cholesterol in the blood by mediating LDL endocytosis.9,10 In humans, loss-of-function mutations in LDLR are associated with familial hypercholesterolemia (FH), an autosomal dominant genetic disorder characterized by a massive elevation of total plasma cholesterol, premature atherosclerotic CVDs, and early death.3,11 Unfortunately, Ldlr Knockout (KO) mice show a moderate increase in LDL-cholesterol levels and develop atherosclerotic lesions only if fed a high-cholesterol diet (and even then, the rate, site, and the nature of such lesions differ from humans).12

Interestingly, rats possess a lipid metabolism with characteristics in between those of humans and mice. In addition, rats differ from mice in their inflammatory responses and cholesterol metabolism. As a result, Ldlr KO rats display high levels of LDL cholesterol, increased adiposity, and progressive glucose intolerance more closely resembling what is observed in humans than Ldlr KO mice. However, Ldlr KO rats have been generated and characterized only recently – the first Ldlr KO mouse was developed 10 years earlier – and thorough comparative studies between Ldlr KO rats and FH patients are still lacking.13

With the advent of CRISPR/Cas9, targeted gene deletion in rats has become easier and more common, allowing scientists to establish rat models to try and overcome certain limitations of mice, especially when studying disorders such as atherosclerosis. In 2018, researchers generated rats that were invalidated for both Ldlr and Apoe, another protein that participates in the transport of cholesterol-rich lipoproteins, and showed that Apoe/Ldlr double-KO rats display sex difference profiles in atherosclerotic plaque formation very similar to humans.14

Further studies on these models will certainly help scientists to gain a better understanding of atherosclerosis physiopathology, and promote additional therapeutic studies. Moreover, thanks to gene editing tools such as CRISPR/Cas9, more sophisticated rat models will be developed with better translatability to humans, hopefully benefiting future development of more powerful therapeutics for this widespread disease.