The Importance of Genetic Design When Choosing Your Preclinical Model

The choice of a preclinical model is key to support the intended clinical trial design. For the past 20 years, the chances of success for a compound entering phase I trials have been slightly under 10%, which means that for every 20 compounds that reach clinical trials, only two have obtained clinical use authorization. Notably, in 75–80% of cases, these failures appear to relate to the inability of drugs found efficacious in animal models to translate to clinical trials, leading some researchers to call this translational gap the “Valley of Death.”1,2 Often, these failures are due to a lack of thorough analyses of the biology of the target gene. That is why, before generating a preclinical model, it is imperative to study the biology of the target gene, and know the final goal of the scientific project. For example, the optimal model for target validation can be different than one designed to assess compound toxicity, even though both aim to inactivate the target’s expression. As a result, the genetic strategies to generate such models may differ.3 The example of two mouse models expressing a humanized glucagon-like peptide-1 receptor (GLP-1R) perfectly illustrates this point. 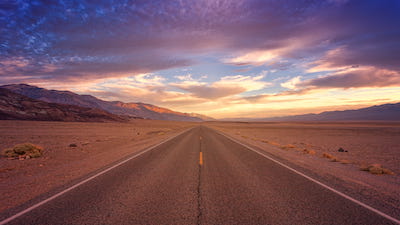 GLP-1R belongs to the secretin family class B G-protein-coupled receptor (GPCR), a large group of cell-surface proteins involved in the control of many cellular processes.4 More specifically, GLP-1R participates in glucose homeostasis, by fine-tuning the intracellular signaling cascades leading to insulin secretion, and contributes to the control of food intake, by mediating gastric satiation signaling in the central nervous system.5,6 GLP-1R agonists (GLP-1RAs) represent therefore a valuable therapeutic strategy to treat a number of metabolic disorders, including obesity and type 2 diabetes mellitus.7

Up until recently, the only way scientists could test the efficacy and toxicity of GLP-1RAs was to perform preclinical studies in rodents that do or do not express the murine GLP-1R.8–11 However, these mice do not recapitulate what is observed in humans as, for example, they are protected from high-fat diet-induced obesity.12 In order to improve the success of translating results from bench to bedside, in 2014, Lucy Jun and colleagues generated a mouse expressing a humanized GLP-1R (hGLP-1R).12 A few years later, Saxena et al. decided to study the in vivo activity of a new GLP-1RA—danuglipron—using this very model.13 However, contrary to what is normally observed upon administration of liraglutide, a long-lasting GLP-1RA, this mouse did not show any effects on glucose tolerance or food intake, leading to the hypothesis that hGLP-1R was either not expressed or not functional in the brain of this mouse.14 It was then decided to generate another hGLP-1R model with a new genetic strategy that specifically included the constraint of maintaining GLP1-R expression in the brain. With this optimized model, Saxena and colleagues obtained proper hGLP-1R expression and activity in the tissues of interest. Notably, this model not only allowed them to assess the efficacy and toxicity of danuglipron but also to conduct a phase I trial in 98 patients affected by type 2 diabetes.14 This story underlines the importance of genetic design to ensure the physiological relevancy and translatability of the results obtained in preclinical models.

Indeed, it is important to develop a line of sight to the clinic in the early steps of drug discovery projects, as this will help in selecting the most appropriate model, i.e., the one that best addresses the study’s research aim(s) within the research constraints. Along this line, the old adage “Begin with the end in mind” is particularly appropriate when designing a genetic strategy, because using an inappropriate model for preclinical risk assessment may alter data interpretation. Of note, the optimized humanized mouse preclinical model used in the study carried out by Saxena and colleagues was generated by genOway, designer and provider of multiple preclinical models in several research areas, including immuno-oncology, metabolism, cardiovascular diseases, and neuroscience.